The only "official" way to publish a port in Docker is the -p|--publish flag of the docker run (or docker create) command. And it's probably for good that Docker doesn't allow you to expose ports on the fly easily. Published ports are part of the container's configuration, and the modern infrastructure is supposed to be fully declarative and reproducible. Thus, if Docker encouraged (any) modification of the container's configuration at runtime, it'd definitely worsen the general reproducibility of container setups.

But what if I really need to publish that port?

For instance, I periodically get into the following trouble: there is a containerized Java web service that takes (tens of) minutes to start up, and I'm supposed to develop/debug it. I launch a container and go grab some coffee. But when I'm back from the coffee break, I realize that I forgot to expose port 80 (or 443, or whatever) to my host system. And the browser is on the host...

There are two (quite old) StackOverflow answers (1, 2) suggesting a bunch of solutions:

If you're dealing with containers regularly, you've probably published ports many, many times already. A typical need for publishing arises like this: you're developing a web app, locally but in a container, and you want to test it using your laptop's browser. The next thing you do is docker run -p 8080:80 app and then open localhost:8080 in the browser. Easy-peasy!

But have you ever wondered what actually happens when you ask Docker to publish a port?

In this article, I'll try to connect the dots between port publishing, the term apparently coined by Docker, and a more traditional networking technique called port forwarding. I'll also take a look under the hood of different "single-host" container runtimes (Docker Engine, Docker Desktop, containerd, nerdclt, and Lima) to compare the port publishing implementations and capabilities.

As always, the ultimate goal is to gain a deeper understanding of the technology and get closer to becoming a power user of containers. Let the diving begin!

containerd is a high-level container runtime, aka container manager. To put it simply, it's a daemon that manages the complete container lifecycle on a single host: creates, starts, stops containers, pulls and stores images, configures mounts, networking, etc.

containerd is designed to be easily embeddable into larger systems. Docker uses containerd under the hood to run containers. Kubernetes can use containerd via CRI to manage containers on a single node. But smaller projects also can benefit from the ease of integrating with containerd - for instance, faasd uses containerd (we need more d's!) to spin up a full-fledged Function-as-a-Service solution on a standalone server. 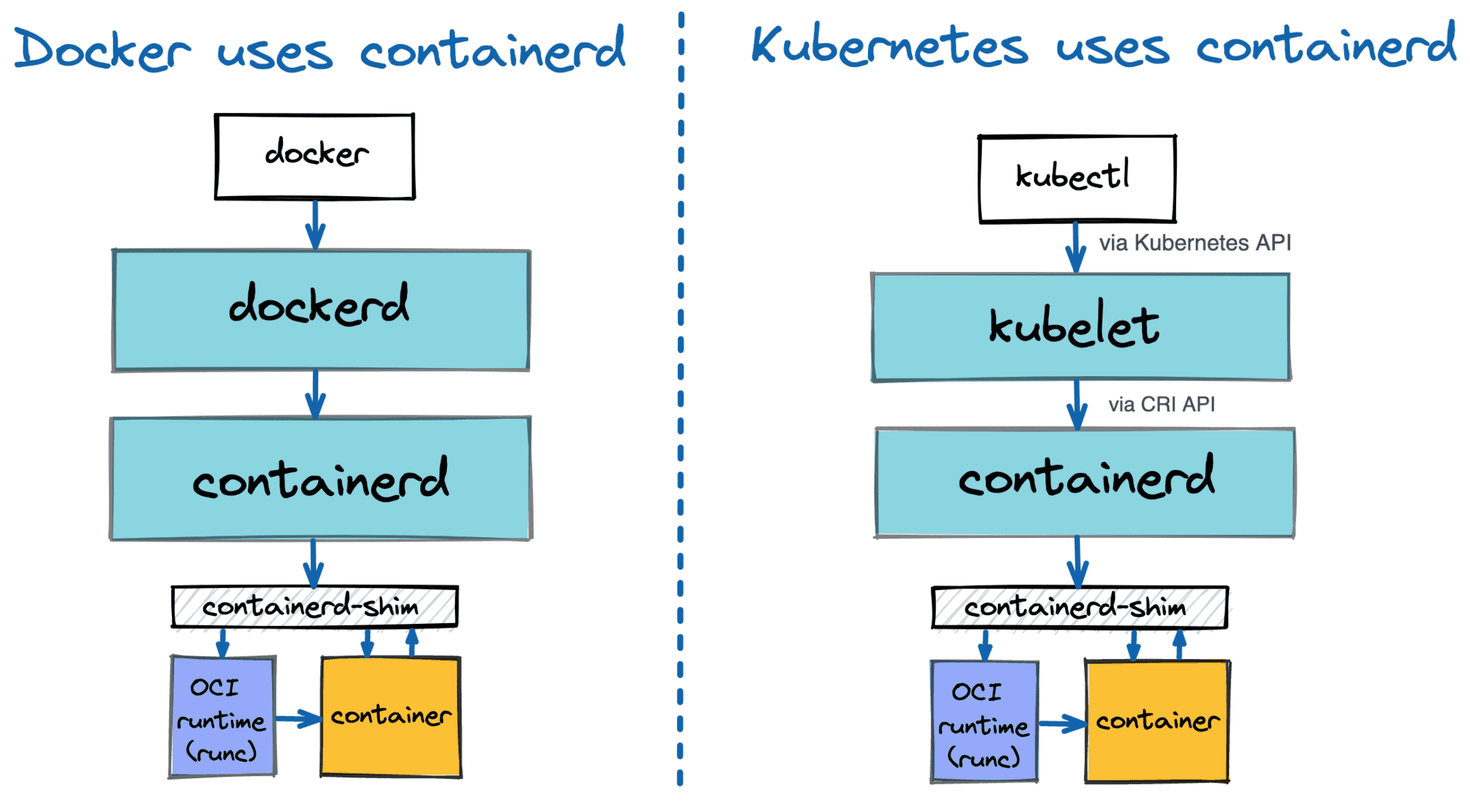 However, using containerd programmatically is not the only option. It also can be used from the command line via one of the available clients. The resulting container UX may not be as comprehensive and user-friendly as the one provided by the docker client, but it still can be useful, for instance, for debugging or learning purposes. 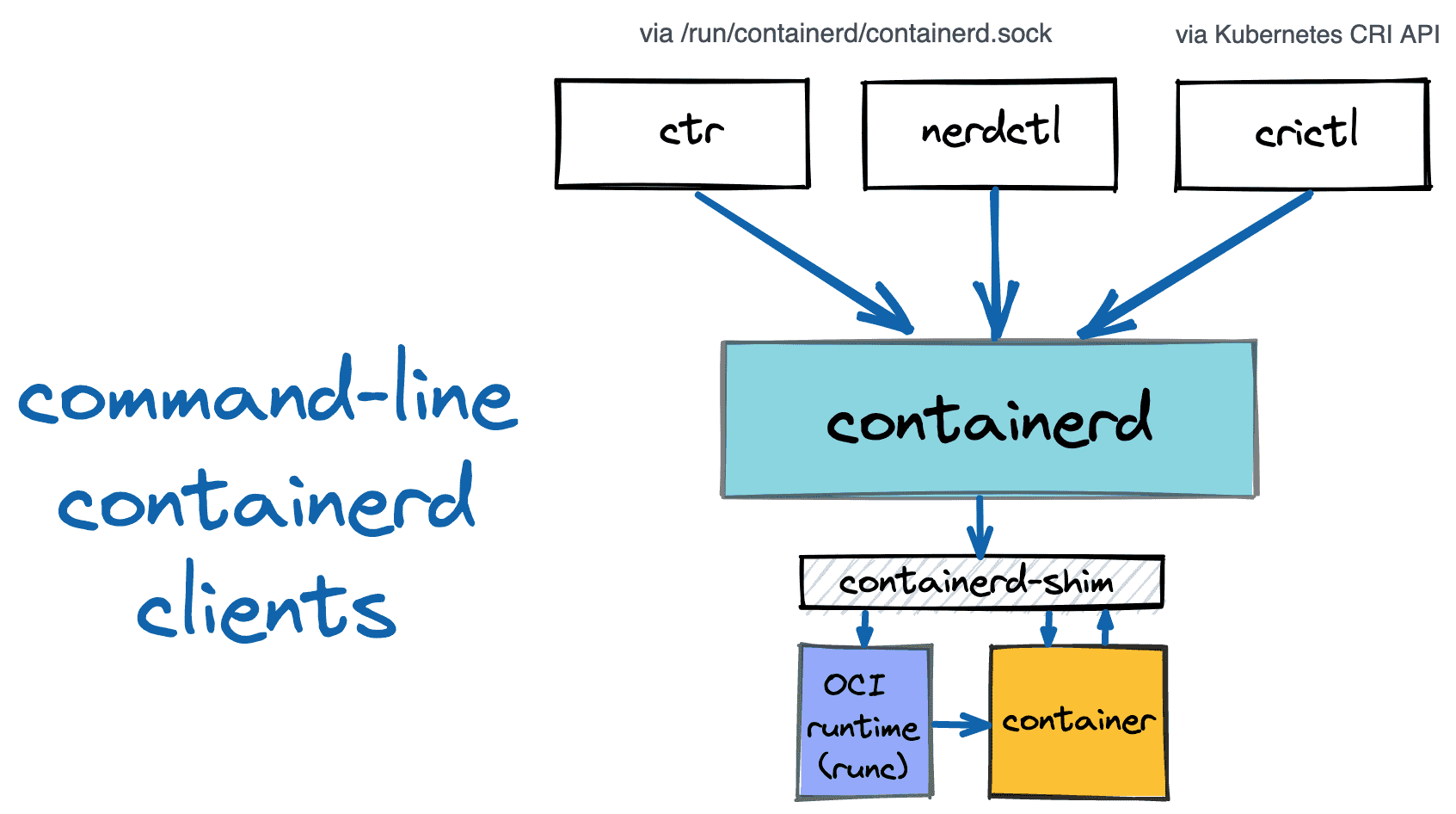